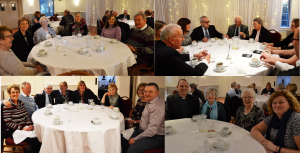 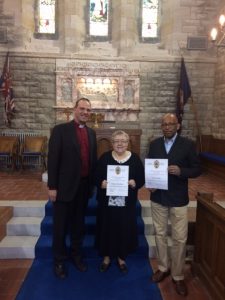 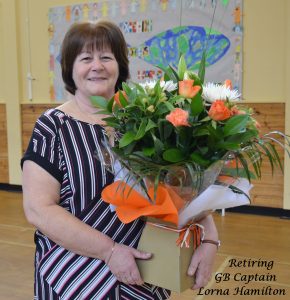 At a recent special service held in Saltcoats St Cuthberts Parish Church 29 members were recognised for their long and dedicated service to the Church. They received their awards for fulfilling their roles as elders, choir members and leaders of church organisations for commitment ranging from 25 to 65 years.

Conducting the service and making the presentations, visiting preacher Rev Alan Ward said, “I am in awe of the commitment and stamina of so many people who have served the Church so faithfully for so many years. You are an example of dedication which we hope many others will follow.”

The service by two stalwarts of the Sunday School teaching staff Senga McCallum and Julie Fisher with 44 and 25 years respectively was also recognised.

The 40th anniversary as an officer in the 5th Saltcoats Girls’ Brigade by retiring Captain Lorna Hamilton and 62 years of active involvement at all levels in the Boys’ Brigade by Chris Knight also warranted recognition.

Management of finances is a constant and hugely important commitment in any church. This year saw the 50th set of accounts prepared by Ann and the late Findlay Turner.

A remarkable total of 1436 years has been recorded by these members to the Church of Scotland with the vast majority of that service being to Saltcoats St Cuthberts. Many of the recipients and members of the congregation took the opportunity to meet afterwards to share lunch and the fellowship that the occasion provided.

Or the full diary 22/23 can be downloaded HERE.

But I tell you, love your enemies and pray for those who persecute you.
Matthew 5:44
DailyVerses.net

The 2021 Annual Accounts were approved electronically by the trustees on 6 February 2022 and subsequently examined by Bill Weir on 4 March 2022 with a ‘clean’ report. Paper copies were made available to the congregation and others at the Stated Annual Meeting on 27 March 2022. Anyone wishing a paper copy should contact Ann Turner through this website.